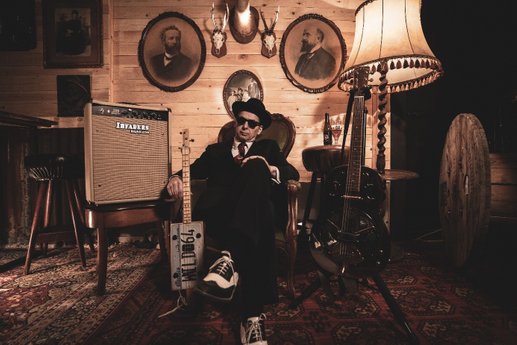 JOHN MARY GO AROUND (B)

Straight from BELGIUM with a bunch of "Cigar Box Guitars," the never-stop traveling man, crosses the world. From town to town, from east to west, north, and south he travels singing his stories lived at the four corners of the planet to the sound of his knee-slapping blues.

If you’re looking for a staggering show and pounding blues & roots fun, for all your bars, clubs and festivals, then please look no further ! The Fast Food Kings will surely make you an offer you simply cannot refuse !

Mr. Wim Degeest : lead vocals & bluesharp I’ve always been in love with some easy, simple, grooving, rockin’ & rollin’ bluestunes. Always looking out for that music that makes me laugh, makes me cry, keeps me going on…..gettin’ the right feelin’, cause that’s what it is all about: feeling. Not too many chords, not too many notes, just lay it down. From the early Fabulous Thunderbirds, Little Walter, Dr Feelgood, Dave Edmunds, Muddy Waters, The Blasters to Fats Domino … and many many others … I just cannot get enough of that stuff. Played in several bands as harmonicaplayer (and the past few years also as lead vocalist) : Soul Food, Kid & His Crimepartners ( with Toon Derison) , The Red Tails, Blue Vibes, Binger, … And now the time is right, the wine is ready to drink. Let’s try to get that feeling that I’ve been loving for all my life, try to get that feeling on stage with some Fast Food Kings.

Sr. Bart Rico Ulens : guitar & backings Although his relatively young age and everlasting good looks, you can call him a veteran of the roots scene. He currently plays the first violin in the rockabilly band The Ragged Roses and has been stringing up with The Burning Sidewalks, The Floorshow, The Mighty Quiffs, Wild Deuces, Howlin’ Bill, The Lipstick Treason, Silverheels, Britt Bones & The Undertakers, Shotgun Sally, and now going greasy and dirty with The Fast Food Kings (so far without regrets).

Dr. Rusty Thomas : bass & backings Definitely the oldest member of the band. Rusty started his musical career way back in the seventies, playing numerous concerts on all kind of stages, from bar gigs to the first big festivals at that time in Belgium like Jazz Bilzen. After being in several bands, Rusty ended up in the mid-eighties playing bass for “Ben Crabbé & the Floorshow”, with which he toured extensively the low lands. Somewhere in the mid-nineties he was joined by a young Rico – who got introduced at a young age to the blues by the Dr. himself – and together they performed countless “Floorshow” concerts till the band stopped around the millennium change. After, Rusty and Rico went their own musical ways, but it was just a matter of time for them to get back together. So here they are again, re-united, and together with the other talented Fast Food Kings, looking ahead to a bright future. Stay Tuned !

Mr. Toon Derison : drums & backings A guy who doesn’t need introduction. A Proven One. Has been beating the skins in countless bands; El Fish and Les Generals Jack just to name a couple. Only one issue, Toon stays hungry all the time ... so when the opportunity came along to hook up with The Fast Food Kings, he didn't hesitate for a split second … living in the fat lane !

THE FAST FOOD KINGS (B) 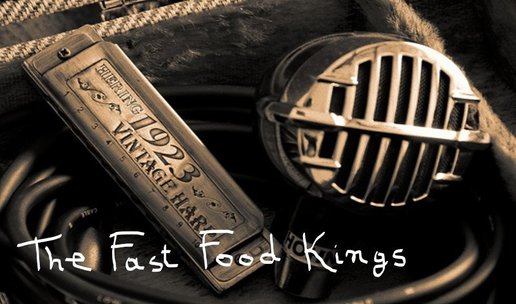 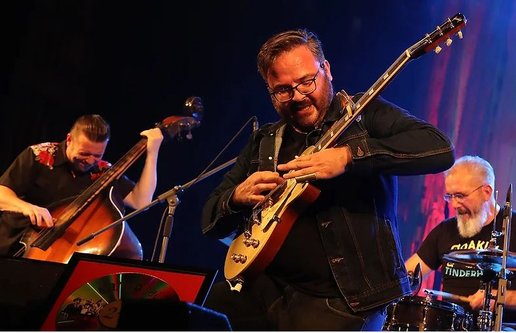 DOGHOUSE SAM & HIS MAGNATONES (B)

Over the last years Doghouse Sam & his Magnatones got themselves quite a unique reputation with their instantly recognizable sound, re-interpreting the good ol’ Rhythm’n’Blues vibe. They won the Belgian Blues Challenge in 2015 consolidating their fearless reputation having an eclectic sound that simply can’t be found anywhere else!

Doghouse Sam writes and performs songs with a lot of heart and gusto. His music style, steeped in the sounds of early Rhythm’n’Blues, found a dedicated audience and yielded lots of positive press. Furthermore Sam pulls it off to bring something fresh and original to the table in a scene that isn’t that big on changes. “My style of playing isn’t about big arpeggio sweeps or stuff like that. What I dig is the more primitive/brutal approach and try to come up with strong songs that aim directly at the heart. ”: says Doghouse Sam, who has been in bands since he was 16. As a trio, Doghouse Sam & his Magnatones deliver a solid show… each and every time!

In short, these guys are all about heart, honesty and hard work on stage.

It'll be hard to keep your toes from tapping.

The BluesBones are a band of 5 passioned and experienced musicians, playing blues/rock with undiminished feeling and skill.

This extended range of musical styles has gained the band a variegated fanbase. 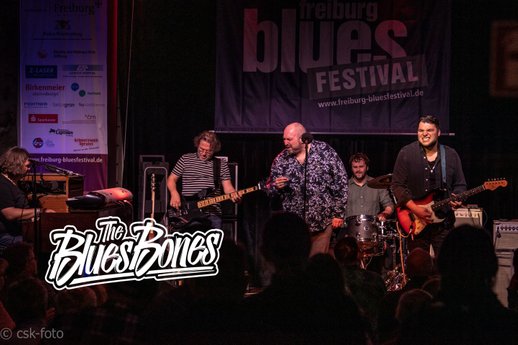 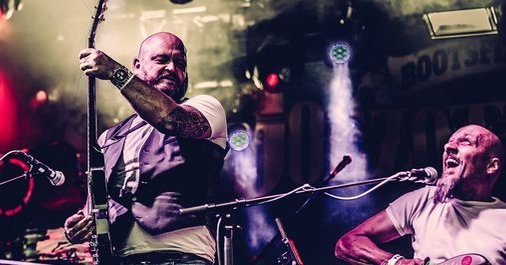